The farm-to-table movement began as a rebellion against bland and overly-processed foods. As a grassroots movement -- quite literally -- restaurants across the country began to embrace the farm-to-table ethos as a way of supporting the local community while serving high-quality and nutrient-rich ingredients. Marketability and profitability soon followed.

Over the decades, the farm-to-table or farm-to-fork trend became a staple on our menus and in our foodservice vernacular. Restaurateurs started adding farm names on menus, turning ingredients into stories. Our local farmers' markets include stalls that are also the names of restaurants, and those restaurants realized they could charge premium prices by talking about where their foods come from. The result is a concept that will be part of foodservice forever.

Another aspect of foodservice has also become more popular over this same period of time. Driven by technological advances, we now have the ability to take vine ripe or fresh-picked produce, as well as premium, pasture-raised proteins, and preserve them for a period of months as if they're right off the farm. That process is called blast chilling.

With blast chilling technology, it's possible to pick fruits and vegetables that are fresh in the spring and preserve them for use in the fall. This gives chefs an added level of versatility by expanding seasonality without compromising on quality. But how does blast chilling help ensure ingredients stay fresh? It all comes down to the crystals.

There are essentially two ways to freeze ingredients -- fast and slow. When fruits and vegetables are placed in a standard freezer, it takes time to bring them down to the proper storage temperature, and with time comes the buildup of macro-crystals. Macro-crystals damage the cellular structure of food. Using a strawberry as an example, macro-crystals will degrade the berry, turning it into a pulpy version of its original self when thawed. This is freezer burn. While this might be okay for some juices, it's not okay for dishes.

Blast chilling or shock freezing ingredients moves them to storage temperature rapidly. This process creates micro-crystals, which preserve food quality instead of degrading it. Micro-crystals maintain the cellular structure of ingredients resulting in food that look, taste, and feel the same as they did when they were originally placed in the freezer, while also retaining nutritional value.

Is blast chilling/shock freezing right for your restaurant?

Determining the viability and profitability of a blast chiller/shock freezer in a restaurant can be a complicated calculation. While there's no doubting the fact farm-fresh foods can be preserved and stored for use months later, there are other considerations like space, menu development, and budget.

Thermo-Kool is here to help. We've put together a Blast Chilling Assessment Sheet to help you determine all the important factors and considerations to blast chilling and shock freezing in restaurants. Download your copy today. 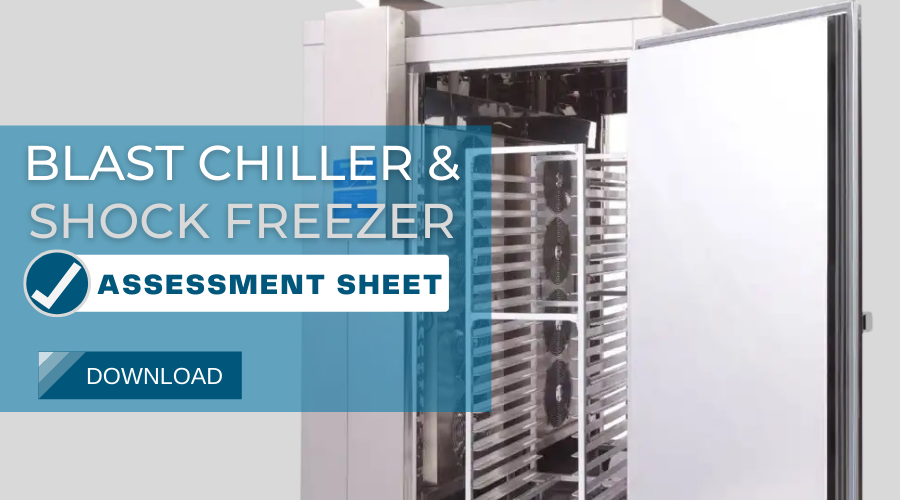